The ability to communicate quickly in real time with real voices was a game changer in the war. 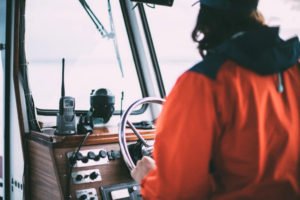 You probably played with walkie-talkies as a kid and may even have a set hanging around your home. Despite the popularity of mobile phones, walkie talkies remain popular in business and public administration as well as among campers and adventurers. How did this technology begin? Let’s take a look.

Donald Hings is credited as the inventor of the walkie talkie or the “two-way field radio” as he called it. His invention was also called a “pack set” and “wireless set.” Though the two-way radio had already been invented, early models weren’t exactly portable. A few portable radios pre-dated Hings’ invention, but only transmitted Morse code, not the human voice as Hings’ pack set did.

Hings, a Canadian, initially built portable field radios for bush pilots who flew in the remote northern regions of Canada for his employer, Consolidated Mining and Smelting (Cominco), in 1937. Then World War II broke out.

Consolidated Mining and Smelting recognized the value of Hings’ pack sets and sent him packing — to work with the Department of National Defense and the National Research Council in Ottawa. His original design was deemed too fragile for military use. Hings fine-tuned his design, developing it for the rigors of the war. He even included a “hot air blower” for drying out the unit in the jungle. The nature of warfare prompted other modifications to his original invention including an audio filter to eliminate battle noises and a voice scrambler to prevent eavesdropping. He also designed these portable two-way radios to be lightweight, durable, and easy to operate.

Tens of thousands of walkie talkies, a term coined by the media who reported on it, were built and shipped overseas. He developed many models of the walkie talkie including tank-mounted models. Hings licensed his invention to the Canadian government royalty-free for use during the war effort.

While future walkie talkies would fit in the hand, Hings’ early pack sets were just that, packs. They were mounted in a case and carried around in a pack with a shoulder strap. Some were worn like backpacks.

Hings’ story mirrors that of Al Gross, an American inventor who is also credited with inventing the walkie talkie. Gross built a portable ham radio in 1938 and handed it over to the US military for wartime use. Galvin Manufacturing, the maker of Motorola car radios, also dabbled in portable two-way radios during this same era and invented its own devices including a walkie talkie (backpack-mounted) and a handheld unit called the “Handle-Talkie” as well as two-way FM radios for police cars.

The ability to communicate quickly in real time with real voices was a game changer in the war. Soldiers were no longer left to their own devices out on the battlefield. Battalion chiefs could instantly transmit orders, directing their units based on the latest intel. Information flowed both ways, too, allowing those on the battlefront to relay important information back to headquarters. The walkie talkie also transformed police work, enabling nearby police officers to respond to crimes as soon as calls come in. After the war, service businesses saw the value in two-way radio communications, and began dispatching their service technicians in much the same manner.

Today, walkie talkies remain popular. Low-powered versions are used as toys. Families often use walkie talkies to communicate when at amusement parks, on camping trips, and other adventures where cell phones might not be practical or usable. Walkie talkies are used by law enforcement agencies, security services, event venue staff, and at businesses of all sizes.