There are no contracts, no monthly fees, and no commitment, yet you get competitive rates and advanced conference calling features like MP3 recording, PSTN connections, dial-out tools, a live online conference viewer, and more. 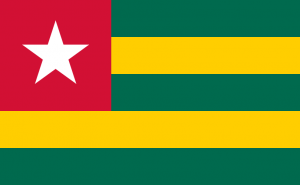 Fortunately, there are several convenient options for hosting or participating in Togo global conference calls using our pay-as-you-go service.

We suggest the following:

The Togolese Republic, or Togo as it’s commonly called, was once known as Togoland. Togo is one of the smallest African countries measuring just 22,000 square miles. The country is located in West Africa next to Ghana, Benin, Burkina Faso, and the Gulf of Guinea. The official language is French, though numerous languages are spoken throughout Togo.

Togoland was a German protectorate from 1884 through World War I, at which point it became French Togoland. Togo gained its independence from France in 1960 but, according to CIA World Factbook, has been ruled “with a heavy hand” for nearly 40 years. Togo’s former President Eyadema took over in 1967 after a military coup and ruled until his death in 2005. His son, was installed as president in the aftermath. Togo’s first free legislative elections were held in late 2007. A presidential election in Togo has since followed, but not without controversies.

Today, Togo is home to 7,552,318 people. It is a poor country with about half of the population living below the poverty line, low life expectancy (especially among men), and high infant mortality. Togo has also been impacted by HIV/AIDS.

Commercial and subsistence agriculture make up the bulk of Togo’s economy, yet Togo imports basic foods. Togo’s main crops are cocoa, cotton, and coffee which collectively represent about 40 percent of Togo’s export revenue. Togo also is rich in phosphate and is one of the largest phosphate producers in the world.

Because it relies on agriculture, Togo’s economy is vulnerable to weather conditions and international coffee, cocoa, and cotton price fluctuations.

The CIA World Factbook describes Togo’s phone system as fair. The network is primarily based on microwave radio relay with supplemental open-wire lines. Togo has one satellite earth station and is connected to the West Africa Cable System.

As of 2014, just 336,000 (4.6 percent of Togo’s population) people in Togo were Internet users. Internet cafes are a popular option for accessing the Internet. According to an undated article on BalancingAct-Africa.com, Togo has more than 200 Internet cafes in its capital city. Internet services include dial-up and fixed and wireless broadband. The two largest Internet service providers are Café Informatique et Télécommunication, a private company, and Togo Telecom, the incumbent phone company.

If you need to call someone in Togo from another country, Togo’s international country code is 228. First, dial your country’s exit code and then dial 228 followed by the phone number.

If you are in Togo and need to call someone in another country, Togo’s exit code is 00. Dial that followed by the international country code for the other country and then the phone number.