Our live operators are based in USA and are available 24/7 to assist you. 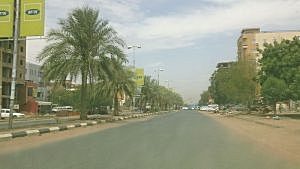 The Republic of Sudan is located in North East Africa. It is bordered by Egypt, South Sudan, Eritrea, Ethiopia, Central African Republic, Chad, Libya, and the Red Sea. Sudan is divided into eastern and western portions by the Nile River and is Africa’s third largest country.

Sudan gained its independence in 1956, but the transition was characterized by military regimes, conflicts, and two lengthy civil wars. A peace agreement, the North-South Peace Agreement, in 2005 eventually led to the independence of South Sudan, which was formalized in 2011 but has yet to be completely settled. U.N. Peacekeeping troops have been in Dafur since 2007 where instability remains.

As of July 2015, Sudan had an estimated 36,108,853 people. The official languages of Sudan are Arabic and English, and Islam is the predominant religion. About half of the population relies on subsistence agriculture and lives near or below the poverty line.

Sudan is the largest exporter of gum Arabic in the world, and its economy is now largely dependent on agriculture. Gold mining is a potential economic driver being explored.

Sudan’s telecommunications system is considered to be well-equipped for the area, and in 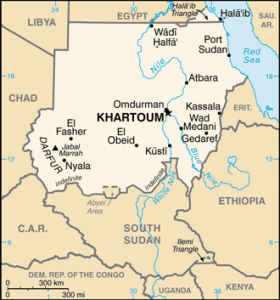 the process of being upgraded. It is made up of various telecom technologies such as microwave radio relay, fiber optics, cable, tropospheric scatter, radiotelephone communications, and domestic satellites. Cellular service arrived in Sudan in 1996.

Today, most major cities in Sudan have extensive cellular coverage.

Sudan has one international satellite earth station and more than a dozen domestic ones. The country is linked to EASSy and FLAG fiber optic submarine cable systems.

In 2014, Sudan had 8.5 million Internet users for an Internet penetration rate of 24 percent of its population.

If you are in Sudan and need to make an international phone call, you will need to dial 00 first, which is Sudan’s exit code. You’ll also need to find out the international country code for the country you are calling and dial that before dialing the phone number.

Making International Phone Calls to Someone in Sudan

In order to call someone in Sudan from another country, you’ll first need to dial your country’s exit code followed by Sudan’s international country code of 249. Once those two codes are entered, you can then place your phone call by dialing the phone number.

Our Sudan international conferencing plan is available on a pay-as-you-go basis. All callers, from around the world, are joined over a modern, fiber optic PSTN network for the best quality and reliability. Since there’s no contract, there’s also no risk.