For example, burglars wouldn’t want to make unwanted noises that would draw attention to themselves, but they might need to signal their partners in crime. 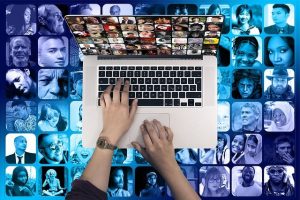 Necessity, they say, is the mother of invention. In the case of organized crime, the need to stay under the radar of authorities required finesse and innovation.

Meanwhile, crime fighters have an ever-present need to catch bad guys and provide admissible evidence of their wrongdoing.

Below are a few of the early telecommunications technologies used on both sides of the law.

Secret signals, such as an elaborate knock on the door or animal calls, have long been used by criminals to communicate. The 19th century “father of criminology,” Hanns Gross, described “contact calls,” which were almost always animal imitations, as a means of communication between criminals during the commission of a crime. For example, burglars wouldn’t want to make unwanted noises that would draw attention to themselves, but they might need to signal their partners in crime. By using animal calls, like an owl’s hoot, they could do just that and no one else would think twice about it.

A previously respectable inventor, Walter Shaw, invented a device for the mafia that was called the “black box.” This device allowed callers to make free long distance calls that were untraceable. Not only could criminals discuss their nefarious deals without incurring toll charges, authorities would never be able to trace those calls or prove a phone conversation took place.

The Dictograph, which arrived in the early 1900s and ushered in the wiretapping era, was a device used to pick up sounds in one room and transmit them to a device in another room. Live stenographers were often stationed in the second room to listen in and transcribe conversations. The Dictograph could be configured two ways: as an intercom in full view or stripped down and hidden to secretly monitor conversations.

Companies like Standard Oil and Westinghouse soon began using the Dictograph as an eavesdropping device as did the US Secret Service and other government agencies. It was later used in legislative offices, recording bribes and other misdeeds. The Dictograph became an important tool among police, private detectives, and lawyers. Because of the potential for being used for evil, the device was not sold to the general public and was available only via a lease or rent, with up to 800 devices reportedly available for rent in Chicago alone. Criminals likely used the Dictograph as well, with blackmail being a logical use case.

Whether concerned about law enforcement, political enemies, criminals, or other nations listening in, the wiretapping era created a new need: detection of listening devices. One such device, a “covert transmitter detector,” was patented in the 1960s and was able to detect radio signals emitted from bugs without the need to tune into each specific frequency.