Caller ID is alive and well today. It’s much less controversial than it was upon arrival. In fact, many users won’t answer blocked calls at all, forcing their friends and loved ones to unblock their phone numbers if they want their calls to be answered. 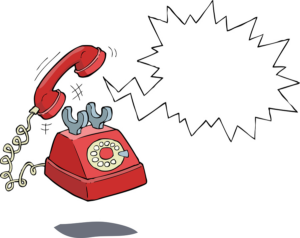 Caller ID can make the difference.  Depending on how you have set up your phone, when someone you love calls you, their name, phone number, or even a picture appears. The ringtone might be different, alerting you instantly to the importance of the incoming call. Just a few musical notes or a quick glance tells you exactly who’s calling so you can quickly decide whether or not to answer the call. Likewise, when you see an unfamiliar phone number or a business name with whom you don’t do business displayed, you have the opportunity to ignore the call because it’s likely a telemarketer.

These caller identification features, or Caller ID, have become an important part of telephone culture and it’s hard to imagine answering a phone call blindly. However, Caller ID was controversial when it first rolled out.

The Invention of Caller ID

Caller Identification was invented by Theodore George Paraskevakos who began working on it in 1968. He filed for a patent (US3727003) in 1971 for a “decoding and display apparatus for groups of pulse trains.” His device could identify and decode a series of pulses which represented the individual digits of an incoming caller’s phone number, including the 3-digit area code. Paraskevakos created a prototype of his device, which was well received by telephone companies who envisioned creating a new pay service to verbally announce incoming callers.

By 1984, Caller ID as we know it, arrived in its first test market, Orlando, Florida. Initially known as one of BellSouth’s TouchStar services, this “custom local area signaling service” was soon branded Caller ID — a name that stuck.

Though most telephone users today use Caller ID on a regular basis without giving it a second thought, that wasn’t always the case. Caller ID was met with suspicion at first. At the time, some utility regulators and members of Congress claimed that government use of Caller Identification violated wiretap laws. Critics of Caller ID likened it to Big Brother tracing phone calls.

Caller ID remained controversial when it arrived in California, the last state to adopt it, in 1996. Privacy advocates claimed it was a money grab by the phone companies who disregarded the privacy rights of consumers. Businesses could use reverse phone lookup software to identify callers and display their profiles on a computer screen.

To quell these concerns, Caller ID blocking was introduced. Phone users could choose to block their numbers from being displayed permanently upon request or on a per call basis by pressing *67.

Caller Identification is alive and well today. It’s much less controversial than it was upon arrival. In fact, many users won’t answer blocked calls at all, forcing their friends and loved ones to unblock their phone numbers if they want their calls to be answered.

Mobile apps such as TrapCall were developed that unmasked blocked calls by routing them through an 800-number service that exploited a loophole in Caller ID blocking. Since companies using a toll-free number pay for the calls, they have the right to see the incoming phone number. By rerouting the blocked numbers in this manner, TrapCall could then display the caller’s actual number to its users.

Businesses can still view a caller’s profile on a computer during a phone call. While privacy advocates may have concerns about this practice, this same technology can be used to provide a superior customer experience.

Caller ID is similar to a peephole on your front door. It gives you a peek at who’s calling, allowing you the opportunity to answer or not. Likewise, for the person ringing a doorbell or telephone, wearing a mask or blocking an identifying number is likely to arouse suspicion and prompt the other person to not answer.